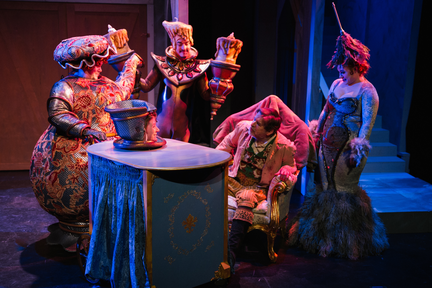 Our Production of Disney's Beauty and the Beast was reviewed by Colin MacLean from Gig City! Read his review here!

Our Production was also reviewed by Anna Borowiecki at The St Albert Gazette.  Read her review here!


Thank you for the generous words for our production of this magical show! 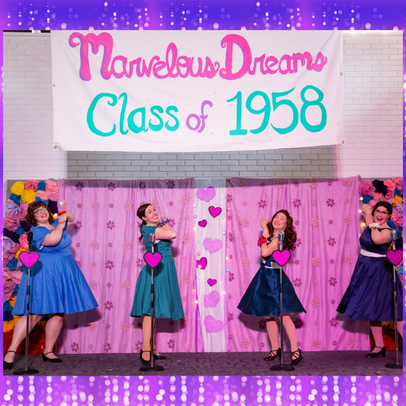 ​The Marvelous Wonderettes '58 was listed as one of Colin MacLean's favourite musicals from this year's 2019 Fringe. Read his review here! 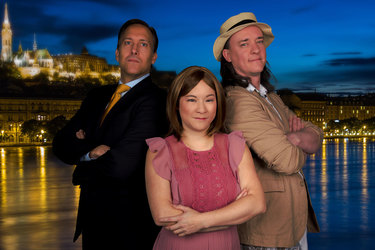 
Amid the pristine white beaches and the prismatic architecture of the French Riviera, a part-time prince, full-time con named Lawrence Jameson is living the dream. Beautiful women, an extravagant mansion, more money than he can count– nobody could ruin the game rigged in Lawrence’s favour. Nobody, that is, except Freddy Benson, a brash American swindler who may lack in class but makes up for it in vulgarity. Lawrence begrudgingly agrees to teach Freddy his high-brow hijinks. When the student-teacher relationship takes a competitive turn, the two agree to a bet; The first man to swindle Christine Colgate, the slippery American Soap Queen, stakes a claim to the French Riviera. There’s only one problem. Both crooks fall victim to the greatest con job of all– love.

​Dirty Rotten Scoundrels was based of the 1988 movie of the same name. The musical, with lyrics by David Yazbek and book by Jeffery Lane, premiered in 2004 and opened on Broadway in 2005. It was nominated for ten Tony Awards and won a Tony for Best Performance by a Leading Actor in a Musical in its opening year.

Russ Farmer playing the self-described “lover of Lady Luck” Lawrence Jameson held the stage with his easy charisma and the swagger only the rich can afford. His perfectly-timed dry quips had the audience roaring with laughter. Farmer flawlessly mastered several accents during the musical, including posh British, German, and Spanish– he impressively held onto to the German accent for the entirety of “Ruffhousin’ Mit Schuffhausen” and used “Give Them What They Want” to showcase his voice’s smooth charm, no matter the accent.

Trevor J. as all-American Freddy Benson drew viewers into the scene with his physical comedy, in the form of subtle crass comments and over-the-top gestures, emphasized in his performance of “Great Big Stuff”. J.’s amusing portrayal perfectly complimented the haughty composure of Farmer’s character, making the two a well-balanced duo.

The musical’s vibrant female characters proved Lawrence and Freddy weren’t the only clever folks in France. The first was Her Majesty, Christine Colgate, a.k.a. the American Soap Queen. One of the musical’s most lovable roles, Christine was portrayed by Ruth Wong-Miller, who made her clumsy, almost unbelievably kind character come to life with a confident physicality and a voice fit for a queen. Wong-Miller wowed viewers with her soaring vocals during her solo “Here I Am”, establishing an electrifying presence in her first moments on the stage.

The second was Lady Muriel Eubanks, played by Melanie Lafleur, whose endearing performance had spectators cheering for both her relationship with Inspector Andre (Zack Siezmagraff) and her happy ending. Lafleur’s crystalline voice glittered through the theatre like the light from the chandeliers, making every solo and song a fan favourite.

​Bright pastel walls and a crystal chandelier made up the set, which masqueraded as a prince’s mansion, a French café, an ancient monastery, a casino, and a lavish hotel with the help of some choice props and the deft hands of the stage crew. The ensemble, as well, drew the audience’s eyes by literally dancing through the transitions.

A live orchestra was seated behind the glass patio doors of the set. Not only did they set the mood of each scene and accompany every song faultlessly, but the characters also acknowledged the orchestra directly at times, lending to the illusion they had full theatre orchestra following them through the French Riviera. If that isn’t classy, what is? 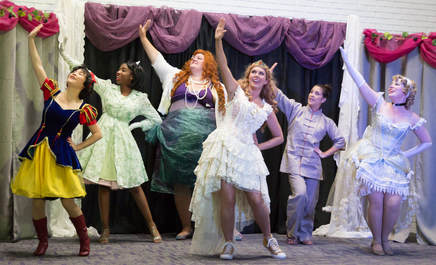